Matthew J. Daher was born and raised in St. Louis, Missouri. Prior to completing his undergraduate degree, he spent two years doing volunteer work in Santa Catarina, Brazil. He went on to attend the University of Utah and graduated cum laude in 2006 with a degree in Anthropology. Mr. Daher returned to his home state of Missouri to attend law school where he graduated with his Juris Doctorate in 2009 from the University of Missouri – Columbia School of Law. While attending law school, Mr. Daher obtained state certification that allowed him to argue motions in court, second chair a variety of jury trials, draft and submit appeals, and participate in mediation clinics primarily involving insurance disputes. Mr. Daher’s academic success included making the Dean’s List and being awarded the J.B. Reynolds Prize for obtaining the highest grade in insurance law.

Over the past decade, Mr. Daher has obtained extensive civil litigation experience handling cases in both state and federal courts throughout the United States. Much of this work included bellwether trials in various multi-district litigation proceedings. Mr. Daher’s experience ranges from first and third-party insurance litigation, to complex pharmaceutical and medical device litigation, as well as product liability cases within the agriculture industry.

Mr. Daher has worked on numerous complex cases and mass tort proceedings involving thousands of individual claimants and worth hundreds of millions of dollars in settlements and awards. Mr. Daher was an integral part of a trial team that obtained a $27 million-dollar product liability verdict in the U.S. District Court for the Southern District of Florida. 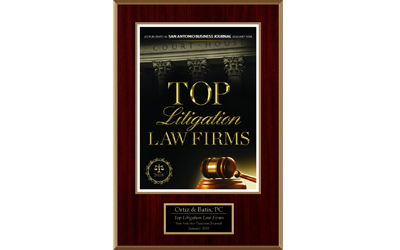